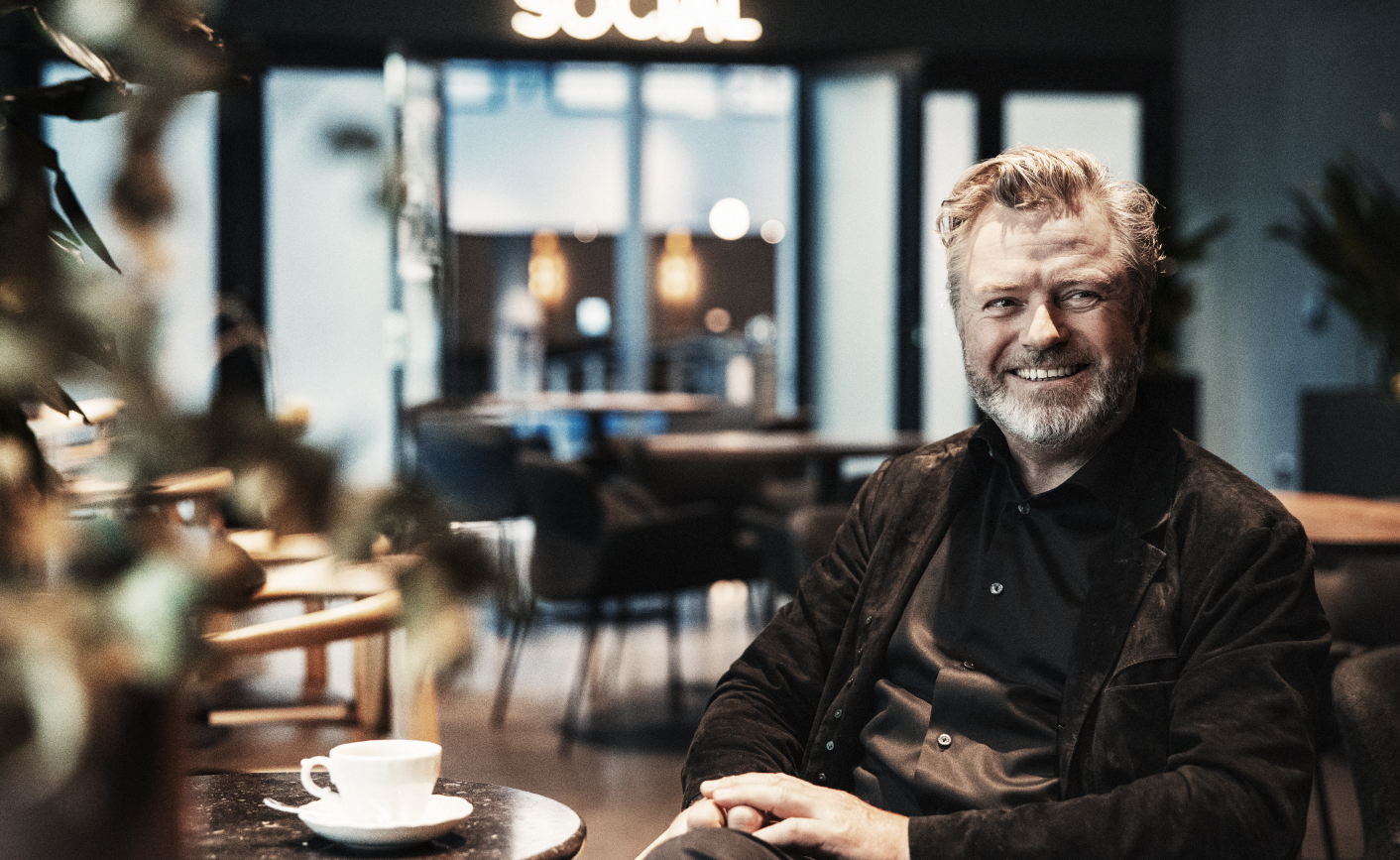 Johan Staël von Holstein was recently scrutinised for a Crowd1 review initiated by the Swedish Media outlets Breakit and Svenska Dagbladet. Crowd1 was portrayed and accused of being a scam, pyramid scheme and bluff. Here, Johan Staël von Holstein explains his vision, perspective and refutes the arguments proposed by the Swedish journalists. The article was originally published on it-finans in Swedish. The following has been translated into English for audience purposes.

"This is just the start of something new"

Johan Staël von Holstein is fit for fight with the GIG economy.

You in addition to the Crowd1 business you represent have suffered a lot of criticism lately, especially with the criticism from SvD and Breakit. How do you approach their concerns, and how does it feel to be criticised for this?

- Actually, I'm used to being questioned and scrutinised by the Swedish media. Early, in the beginning, I claimed that Icon Medialab would be the largest of its kind and that we would be listed on the stock exchange. This came true, but nonetheless, some writers chose to distrust and write critically about us, and in some cases actually publish pure lies. Of course, this is very dull. I absolutely do not mind being examined. However, I wish the Crowd1 review was done in a fair and impartial way, but unfortunately, that is not the case we are dealing with now.

Do you think their descriptions of your business and your position are accurate?

- No, but I can, however, understand some of their issues and concerns about the Crowd1 business. It is a complicated corporate structure that takes time to get into, but they have, however, chosen not to see the bigger picture. The criticisers of the Crowd1 business have only chosen to see the aspects they themselves want to see. I am in this business to create a new organisation that will not only change the MLM industry but also revolutionise the entire industry of software distribution in developing countries. Svenska Dagbladet should at least have considered my perspective and vision. However, they had already decided on perception and narration that they perhaps felt that they could not withdraw from; this is sometimes the case in the media. I have done nothing to deserve their suspicions. Rather the opposite.

Explain your role in ICT and Crowd1 and why your company structure gives such a strange and disordered impression from an outside perspective.

- Here is the rundown: The company was set up by the founders in the United Arab Emirates. To move operations to Spain to create a transparent and credible structure for the public that is governed by EU regulations was proven to be a far more complicated and intricate process than I could ever have imagined. I was, and still am, empowered by this task as I believe it is crucial to be accepted by the surroundings and to be regarded as a serious and authentic company in the field in which we operate. We have also been required to start over, reconsider, and completely rebuild the foundations, in which we are at the beginning of right now. Those who have undergone similar reconstructions know the complicated and integrated challenges I am talking about. The company will henceforth go by the name of ICT Group. It will provide Crowd1 members with products that will allow them to build companies around them, sell, recommend, or consume. This structure will take over all or parts of Crowd1 operations.

- I have been a consultant to Crowd1 with the task and responsibility of proposing a structure that will fit into the future vision. I started ICT as a CEO with that intention, but unfortunately, it proceeded incorrectly, and the process had to be redone. Of course, I hope to receive continued support through this process and then to become the Crowd1 CEO of the new company when the structure is completed. Since we are in the middle of a strategic process, I cannot go into exact details on what the arrangements will look like, but I will be able to do that shortly.

- The entire scrutinisation and so-called Crowd1 review intends on smearing us, especially me, which I can only be a spectator of. Assume that we have malicious intent; why would we ever move operations to an EU country with the rigorous laws and regulations that apply here?

- I asked the journalist at Svenska Dagbladet this very question but received gibberish for a reply where the person in question did not even mention or address these concerns in any of the articles. There were a lot of explanations on my part that were not addressed in the articles as they would refute their review and story altogether.

But still; there is an underlying suspicion of your structure. Do you understand that notion?

- MLM is a criticised industry, and I understand the underlying suspicion, given that you do not understand the MLM structure. That, in fact, applies for everything in life - what you do not know anything about will lead to suspicion. But we have to do something completely new. Why can't you give us a chance?

- Let's look at an example in a completely different industry. Camilla Läckberg is one of Sweden's best-selling authors. In total, her books have sold about 22 million copies. The series that takes place in Camilla Läckberg's hometown of Fjällbacka is published in over 60 countries and let's say that a copy retails for $25. If I could sell her book in the 135 countries where she is NOT already established against a commission, and where we have six million Crowd1 network of sellers, who in turn have 500 friends on social media, gives the book an estimated reach of about 3 billion people. For obvious reasons, we would then be able to reduce the price of the book considerably, probably so much so that the sellers could get more than fair commissions and potential salary to distribute locally. Another example is an application I saw the other day; its function is that it identifies the flower you are taking a picture of. Ingenious! It, however, costs SEK350 a year. I could go to the owner and say that I want to sell the app in 135 countries where it doesn't exist today. The product is just binary code. Therefore, an increase in customers would not increase the costs for goods sold, logistical or distribution costs, or storage fees. I think that I could sell it for SEK200 and still take SEK150 commission to distribute to the network of our sellers. I told Svenska Dagbladet about my calculation examples and comparisons; however, they had already written the article and were not interested in withdrawing any of their statements as arguments. The answer to the question is this: yes, I can understand the suspicion if one chooses not to understand the arrangement or structure and Svenska Dagbladet has actively chosen not to.

How can an experienced businessman and entrepreneur be so misunderstood?

- I have asked myself this question for 25 years (laughter.) Why can't others see as clear as I do? I know that there are flaws in my rhetoric, my word choice, tonality, and many times loud expressions. But in this case, I have been told that the journalist in question has retrieved much of his research about me online. He has found information on pages that for strategic reasons want to discredit us and have blindly accepted this information without much anticipation. When the narration and the discussion are so partial and one sided, it surely is difficult to reach forward with a message and open for debate. In addition, I believe that the newspaper has spent quite a lot of hours on these reviews. For them to get a return on their invested time, it was decided to publish the articles without spending additional time on double-checking their facts. This assumption is based on an email that I sent to the editors about correcting facts in a couple of questions. However, they chose to publish the article shortly after that.

But how can it be possible that SvD and Breakit can understand your business, your structure, and you so inaccurately?

- Because they had decided on an approach and narration from the beginning, they had a story they wanted to cover but instead, chose not to look at the overall picture. I can not perceive this in any other way.

What does the future look like for ICT Group, and how has the criticism affected you, and the Crowd1 business?

- I'm going after it full speed ahead. There is no other alternative. We are launching additional products at a global event on July 4 with followers from all over the world. That being said, Rome was not built in a day, but it is a start, and we will eventually be able to get the software to developing countries that they otherwise would have waited 10-15 years for. We have a strong community and passionate employees in the company who are as enthusiastic about this vision as much as I am. Let’s not forget that we are just over six million people who believe in this movement. Svenska Dagbladet will never be able to change that.

What will be your and the company's lessons from this experience, and how do you intend to deal with the global challenges you face?

- The industry that our critics want to relate us to has a dark history. However, we are pursuing something entirely new. We want to change, improve, and do good. We will continue until we prove that. We are bringing a new economy and new technology to developing countries. We are taking GIG finances into new countries, and we will become an Uber or Airbnb for software sales.

What do you plan to launch in the near future, and what will your product development look like in the future?

- You and the rest of the world will soon experience that. Start by attending our world Crowd1 event on July 4 where we will be launching more products, but there will also be more products after that. Crowd1 and the gig economy are here to stay.

If you want to read more about misconceptions and accusations regarding Crowd1 and the business structure, please read our article about Common myths about network marketing. 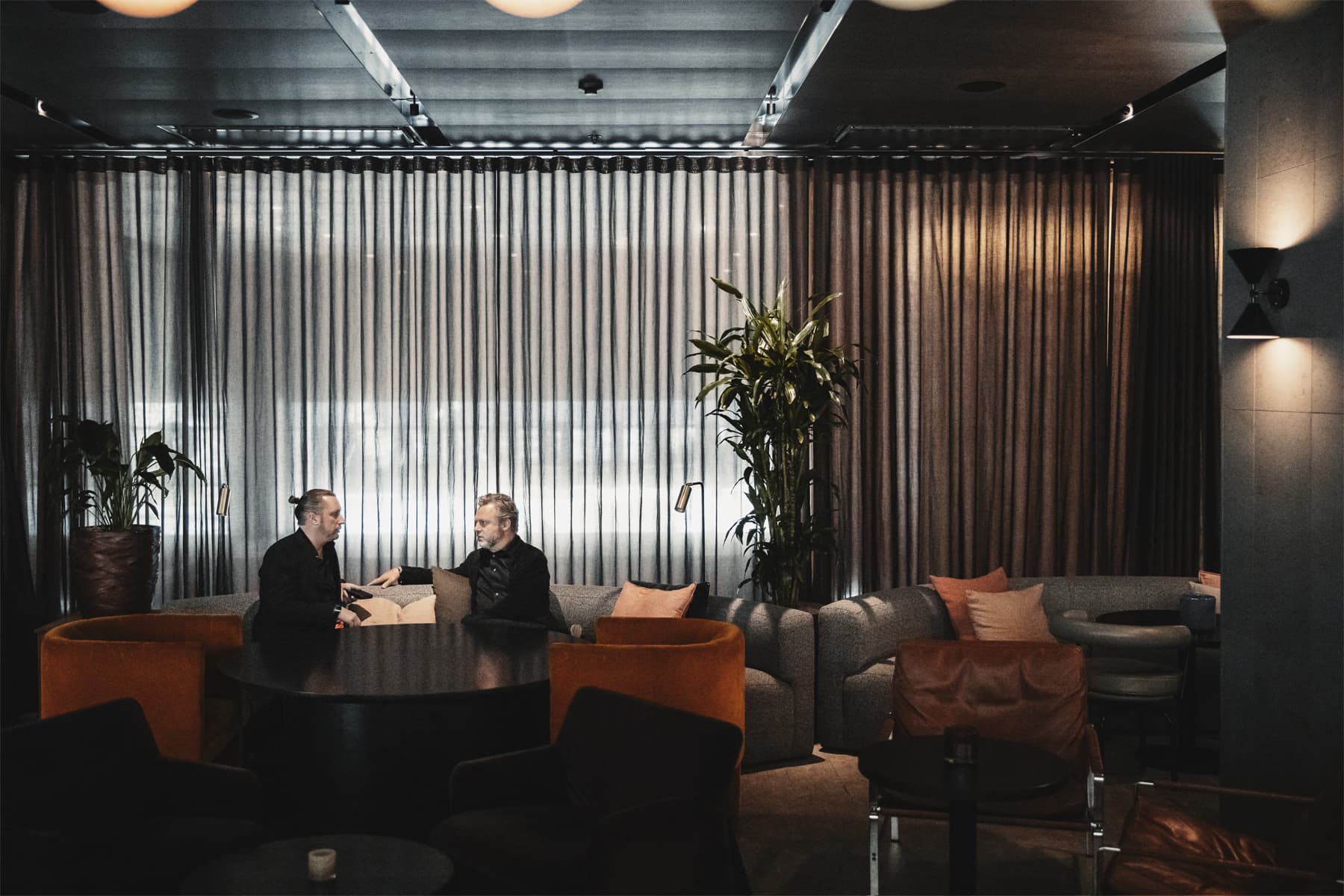 He has 6 million sellers in his network 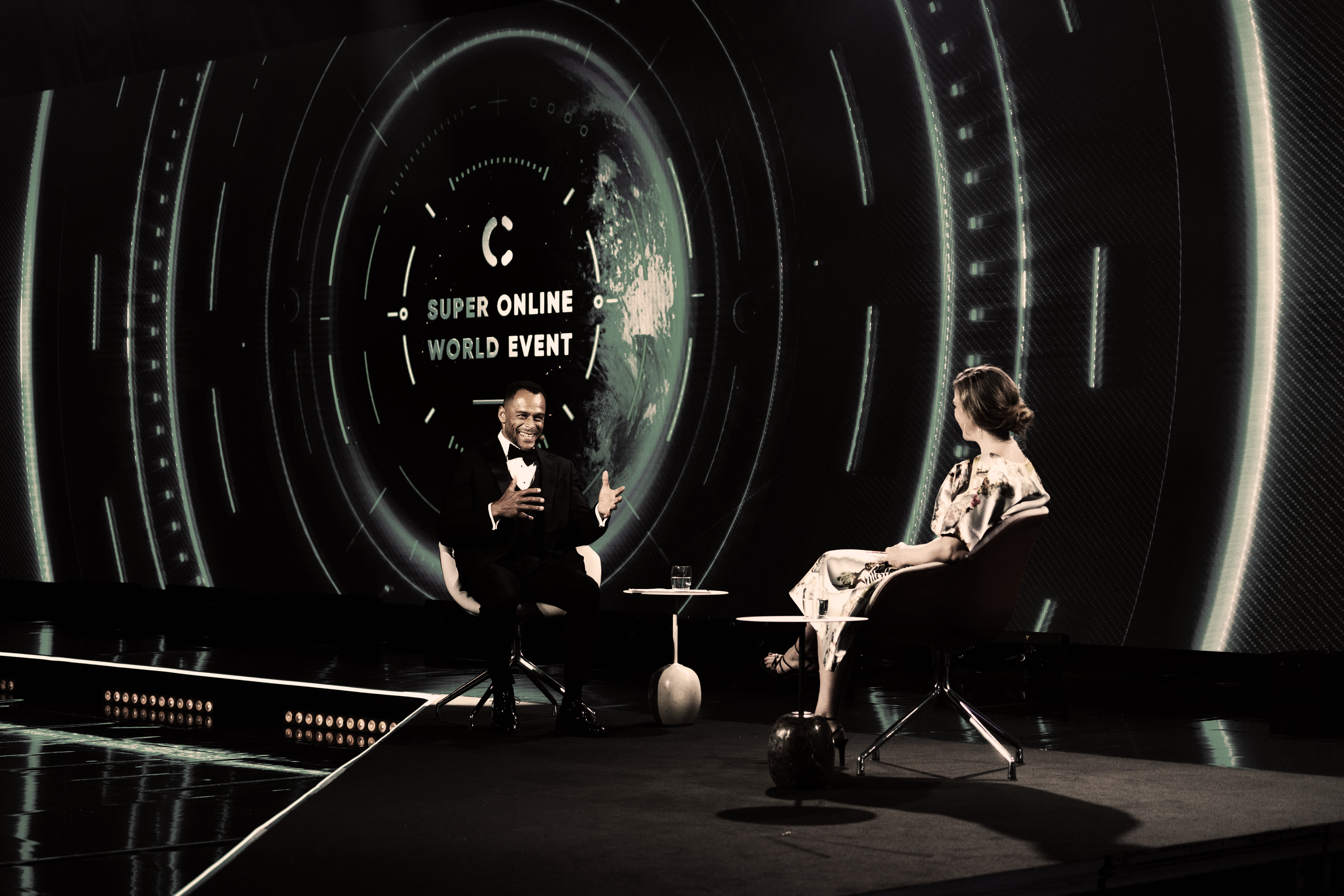 July 4, 2020, was a historical day for Crowd1 as we broadcasted the super world event. At this event, we got live performances and entertainment from world-class artists and launched several new revolutionising products for Crowd1. If you were not able to attend the event, here is a recap of what you missed. 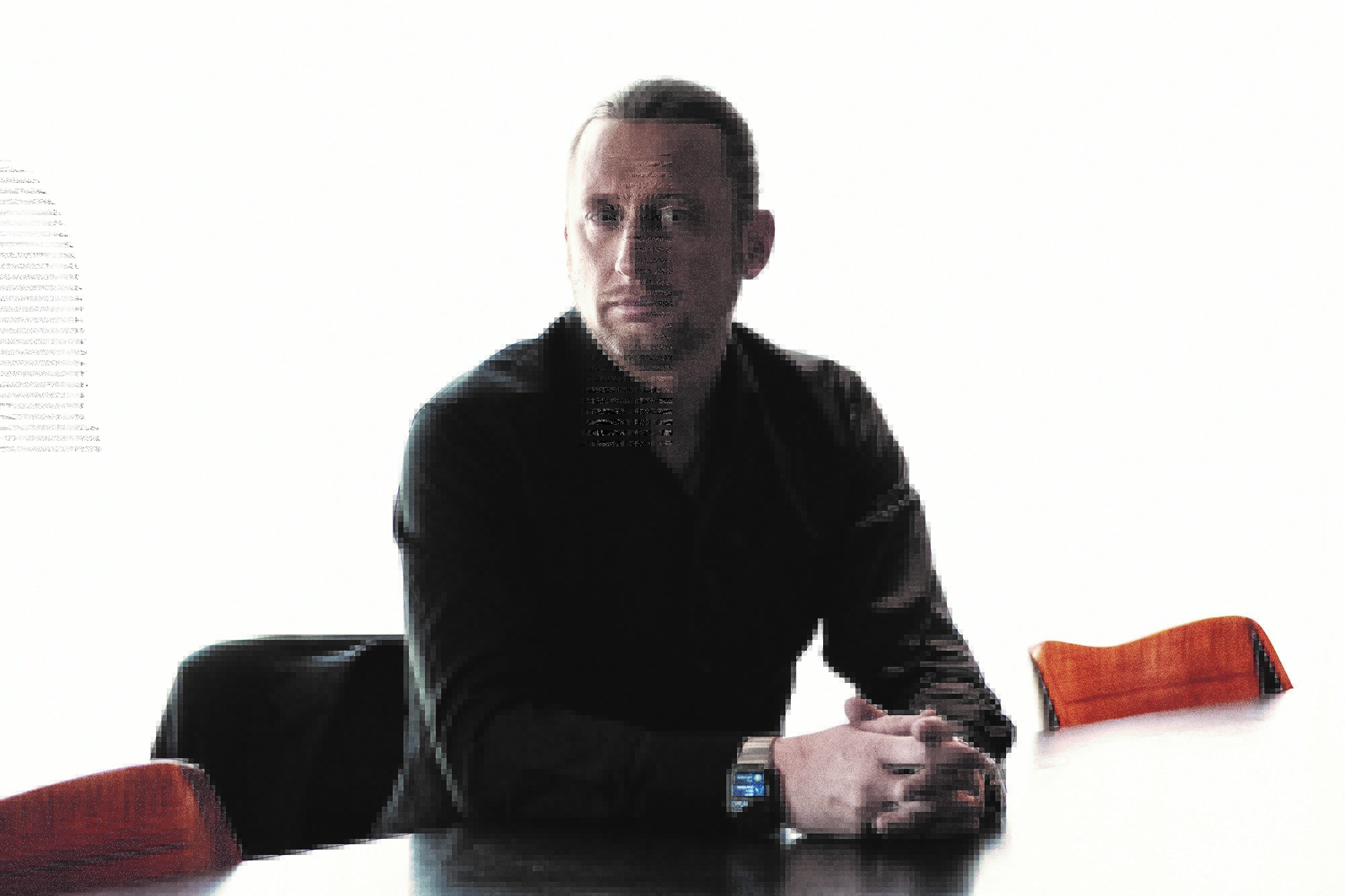 Jonas Werner: Crowd1 could be as large as Spotify

Jonas Werner, the founder of Crowd1 was recently scrutinised for a Crowd1 review initiated by the Swedish Media outlets Breakit and Svenska Dagbladet. Crowd1 was portrayed and accused of being a scam, pyramid scheme and bluff. Here, Jonas Werner explains his vision, perspective and refutes the arguments proposed by the Swedish journalists. The article was originally published on “It-Kanalen” in Swedish. The following has been translated into English for audience purposes. 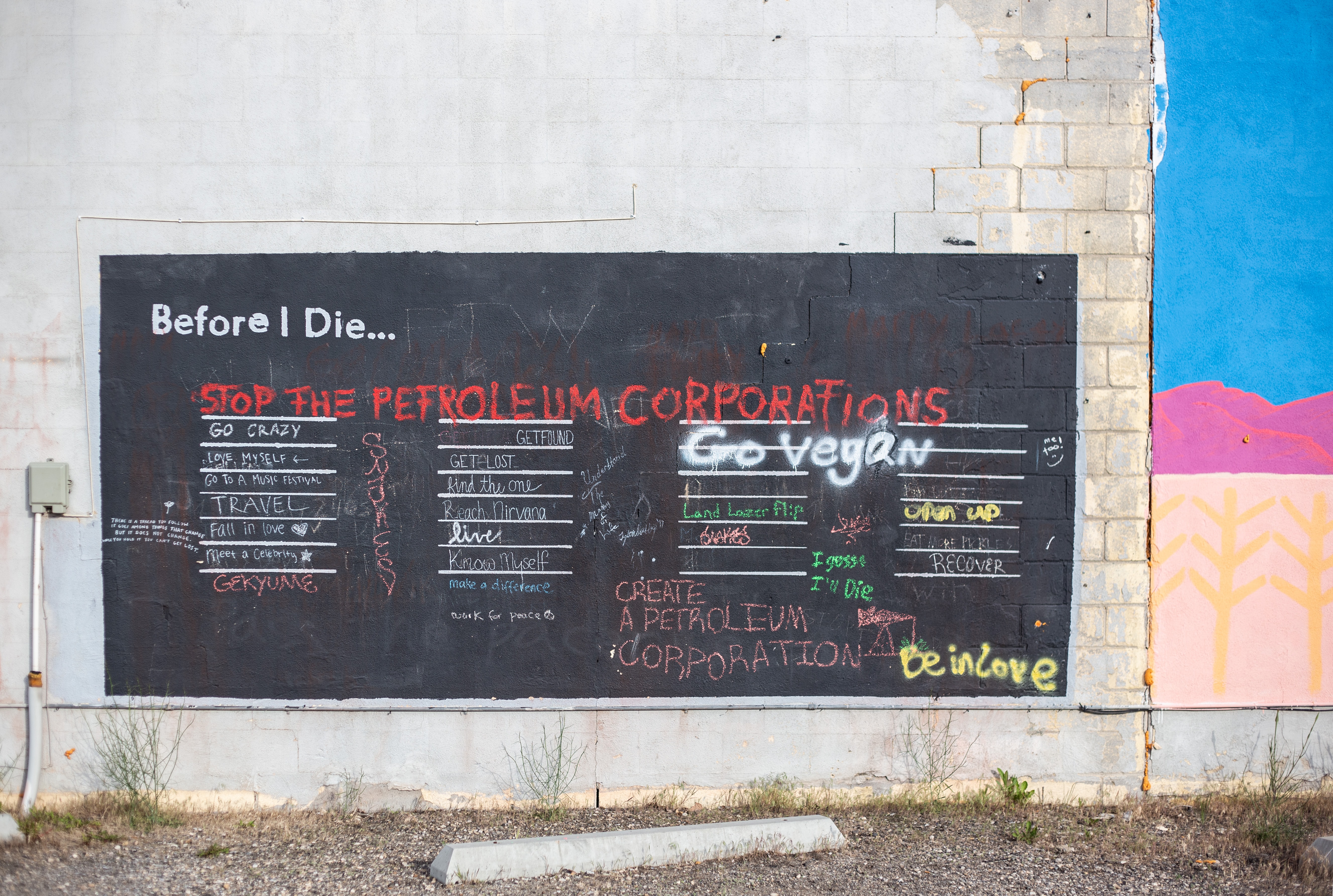 A bucket list is simply a list of things that you want to experience in this amazing world. This article will explain 10 simple steps that you can follow to make a bucket list that will be amazing.